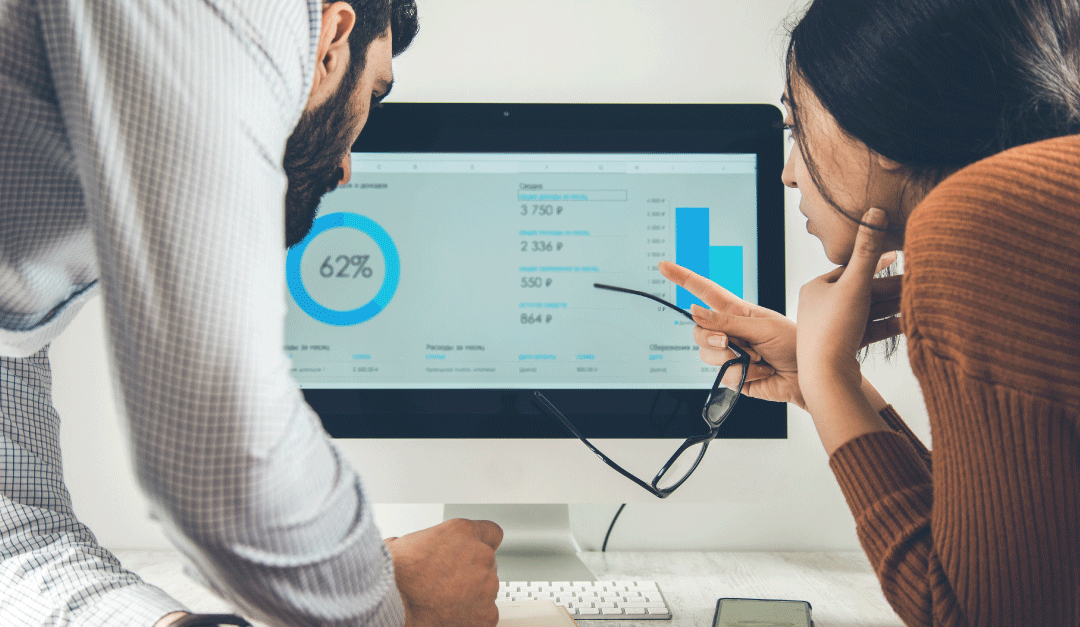 Written by Sean Sullivan, Senior Vice President, Operations and Performance
The Social Security Administration (SSA) recently revised its projections and goals for the 2022 fiscal year. Despite best efforts to overcome challenges brought on by the COVID-19 pandemic, the outlook for the year remains grim. While we predicted operational challenges would remain a pain point throughout the year, the confirmation from Social Security is a stark realization that the impact of the pandemic is far from over. We have taken a deeper look at the predictions laid out by Social Security as we work to make sense of what to expect.

Senate Appropriations Bill
After a significant delay, the Consolidated Appropriations Act to fund the United States Government became law on March 15, 2022. The spending bill calls for more than $1.5 trillion in annual appropriations, a 6% increase from the year before. Of that amount, SSA received $13.2 billion for its operations. This amount, a $300 million increase from the year prior, is all but mitigated by rising costs resulting from inflation. Both Social Security and the Biden Administration had requested a 7.5% increase for its operations, totaling $14.189 billion for the 2022 fiscal year. Although it is rare to receive such a large increase, there was hope that the increase would help rectify some of the challenges surrounding Social Security production and decision-making. With the appropriations bill finalized, SSA recently updated its projections for staffing levels, new claims filed, decisions made, turnaround times, and backlogs at each level. Unfortunately, the projections are trending downward.

Staffing level troubles
SSA had hoped to increase its staff, including state-level Disability Determination Services (DDS) workers, to over 78,000 in 2022. Based upon the recent activity, however, it is now estimated that combined, SSA and DDS will end the year with less than 73,000 full-time employees. Despite the well-known and documented backlog among claims, this is the lowest level of staff members in at least six years. 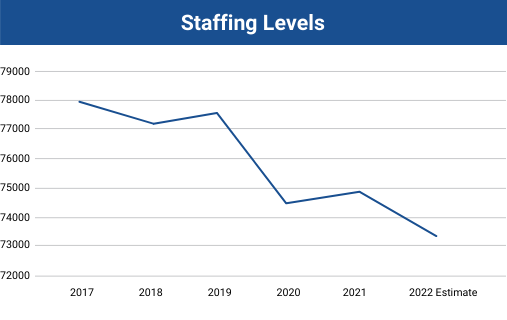 Both claim backlog and wait time are impacted by the total claims filed as well as the number of decisions made by Social Security. In comparing the original predictions to the new ones, far fewer decisions are expected in 2022 than was projected before the finalization of the Appropriations bill. SSA had set an ambitious goal of increasing decision-making in 2022, an ambition driven by an increase in staffing numbers and productivity by their teammates. These recent projections, however, reflect that they will make 28% fewer decisions than they had initially projected.

SSA actuaries had predicted a record number of filings in 2022 due to the pandemic. At this point, an increase has not occurred, and the full-year projections are far lower than expected. In fact, new claim filings are now projected to be 28% less than initial projections. In terms of the backlog, the lack of increase in filings can be viewed positively, as Social Security does not have the resources to handle an increase.

Hearing level surprises
After significant decreases in wait time for each of the last four years, Social Security’s data indicates a projected increase in hearing wait time in 2022. There is speculation that the uncertainty of how to handle hearings in terms of “in-person” as opposed to “remotely” via telephone or Microsoft Teams will cause delays and increase these wait times. The potential increase in wait times on top of the delays at the Initial and Reconsideration levels will extend the total duration of many claims.

Looking toward 2023
While the 2022 bill has just been signed, the 2023 budget proposal has already been released. The 2023 $5.8 trillion request includes $14.8 billion for SSA – a $1.6 billion increase from the 2022 enacted level. Social Security leadership sites disability claim processing as a key initiative. The budget also seeks to improve access to SSA’s services by adding staff to speed disability claims processing and reduce wait times. While the 2023 bill looks positive at this point, the recent 2022 projections show that getting this funding and executing on this improvement is far from a certainty.

The COVID-19 pandemic and the changing face of the workplace

How paid absence plans are supporting employees and the workforce